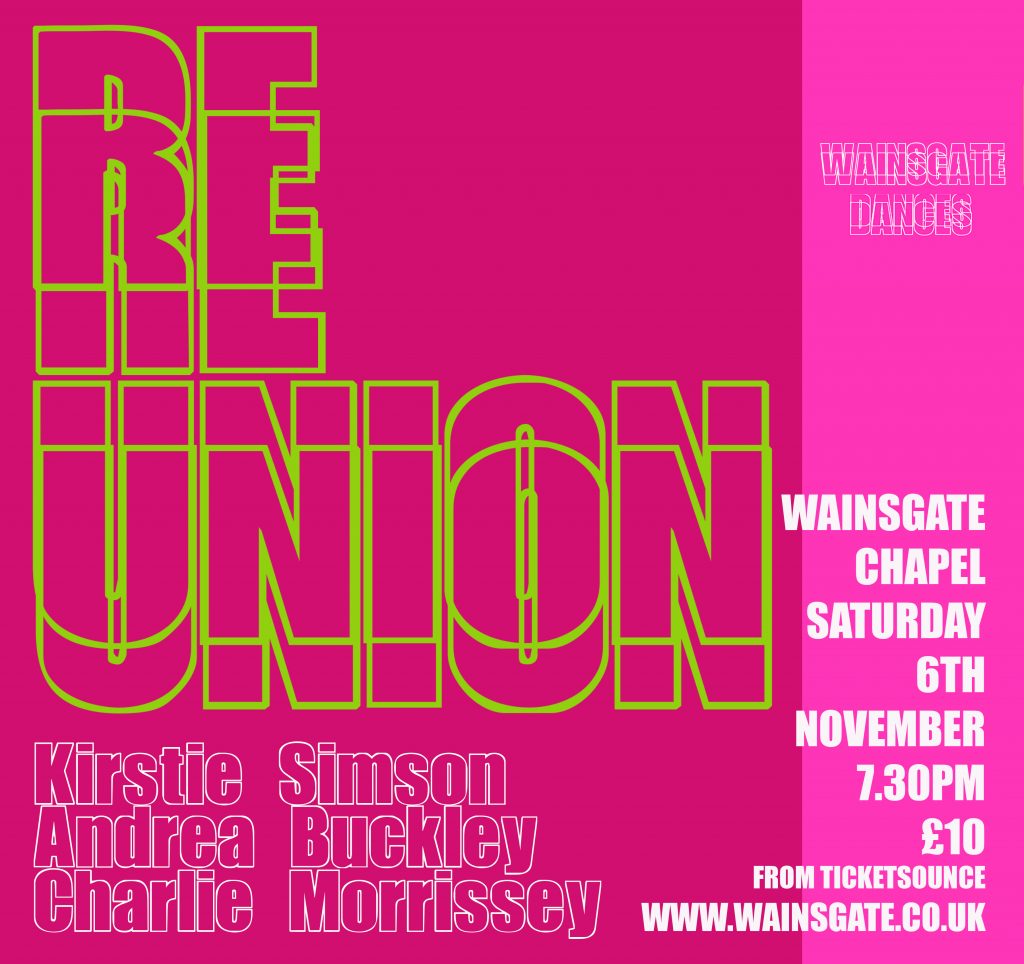 Moving Speaking and making it all up as we go along because it seems like that’s what we are all having to do at the moment anyway.

Three performers with over a hundred years worth of performance history between them re-meet to see what they can make of the present moment.

Kirstie Simson has been a continuous explosion in the contemporary dance scene, bringing audiences into contact with the vitality of pure creation in moment after moment of virtuoso improvisation. Called “a force of nature” by the New York Times, she is an award-winning dancer and teacher who has “immeasurably enriched and expanded the boundaries of New Dance” according to Time Out Magazine, London. Simson’s eternal subject is freedom, as she dares to go beyond the boundaries of form and structure to create movement out of the rhythm of life itself.

For the past thirty-five years Kirstie has collaborated with many dancers and musicians who share a common interest in researching improvisation including: Steve Paxton; Nancy Stark Smith; Simone Forti; Michael Schumacher; Adam Benjamin; Mei Li; musician Le Quan Ninh and many others.

She was awarded a London Time Out ‘Dance and Performance Award’ as “a unique figure in the dance world” and Jennifer Dunning of the New York Times said of her dancing “Kirstie Simson is justly celebrated in Britain for exquisite, sensuous dancing that seems to come from some simple force of nature”.

She is renowned today as an excellent teacher and captivating performer who is a leading light in the field of dance improvisation. She is invited to teach and perform all over the world; working with major dance companies including Sasha Waltz and Guests, DV8, and Cloud Gate Dance Theater of Taiwan; teaching in universities, and conservatories; in performance festivals and private studios.

A documentary film about her work has been made by filmmaker Katrina McPherson called Force of Nature now available through Amazon.com.

In January 2008 Kirstie joined the faculty of the Dance Department at the University of Illinois in Urbana Champaign where she was an Associate Professor until 2020.

Kirstie is now based in Cynghordy, Wales from where she continues her research, teaching and performing internationally.

Andrea Buckley is a certified Rolfer, dance performer, maker and teacher whose work is informed by 29 years of practice. Through various engagements and initiatives within the UK and abroad she has worked with artists such as Rosie Lee, Sue MacLenan, Kirstie Simson, Nancy Stark Smith, Lisa Nelson, Gill Clarke and Deborah Hay amongst others. Her work with Siobhan Davies Dance extends over a period of 16 years.

She has worked in small scale site specific, theatre and gallery based performance settings, working with a wide sector of the community, ranging from professional dancers, mixed ability groups, dance and theatre students.

Her research draws upon an extensive range of improvisation and contact skills and investigative movement practices where process and reflections are grounded in observation, perception, culture and imagination. The emphasis is on the sensing, thinking, moving body.

Working co creatively with Ch4pter and Liverpool Improvisation Collective  – a programme of workshops, performances, commissions and festivals were initiated within the Northwest of England.

At present and as a way to sustain a curiosity, there is a desire to cultivate work in collaboration with film artist Dan Williams –  researching further the scope for movement as a means to communicate the here and there of human encounters, in a live performance installation for 2019/20.

Charlie Morrissey is a director/choreographer, performer, teacher, and researcher who has been working in the field of performance for 30 years. Charlie organises, creates and collaborates in a variety of performance and research projects and performs in the work of other dance and theatre-makers.

He organises, creates and collaborates in a variety of performance and research projects as well as performing in the work of other dance and theatre-makers.