The first meeting house at Wainsgate was built in 1750 during the Evangelical Revival taking place in the north of England.

The land was donated by a local farmer, and the chapel was funded by local subscriptions. Smaller than the present chapel, it accommodated just 100 people.

The first minister, Richard Smith, had been converted to the Baptist movement by the preaching of William Grimshaw, an Anglican churchman who was also involved in nonconformist activity, building a Methodist church at Haworth.

One of the chapel’s early ministers was John Fawcett, a prime mover in developing an Association of Particular Baptist Churches in Yorkshire and Lancashire, and a prolific writer. Among many treatises he also wrote the hymn Blessed be the Tie that Binds.

Despite leaving the chapel in 1777, Fawcett returned to preach at the opening of the second chapel on this site in 1815, as the first meeting house had become too small and unsafe.

The present chapel was built during the ministry of John Bamber, who was the minister at Wainsgate for thirty-two years. There is a memorial tablet to him in the gallery, to the left of the organ.

The Mitchell family, owners of the woollen mill nearby in Old Town, were generous benefactors. They presented the church with its alabaster pulpit in 1891. They also gave four of the five stained glass windows, and the mosaic floor. Their patronage took place at the high point of the chapel’s activity, with 320 attending the ordination of David Lindsay in 1896.

The First World War weighed heavily on the chapel, with eleven former Sunday school pupils dying in the conflict. The Second World War, too, impacted both the congregation and the building itself, with the railings that surrounded the chapel requisitioned for the war effort. Following the chapel’s bicentenary in 1950, the congregation fell into decline, resulting in part from demographic changes and rapid closures of the industries once important to the Calderdale.

After 1967 the chapel no longer possessed a full-time minister, and until the 1990s a communion service was taken once a month. The Yorkshire Baptist Association assumed full trusteeship in 1988 and helped celebrate the 250th anniversary of the chapel in 2000. However, in 2001 it was decided to close the chapel, and it was transferred to the care of the HCT in 2005.

Wainsgate was transferred to the care of the HCT in 2005, and a first phase of urgent repairs was completed in 2011, including repairs to keep the building weathertight.

Completion of a full restoration is being planned, subject to funding being found, to enable the building to continue to develop its arts and heritage programme.

For lots more about the history of Wainsgate, click here to go to the Wainsgate Graveyard Project

Can you help us to solve these mysteries? 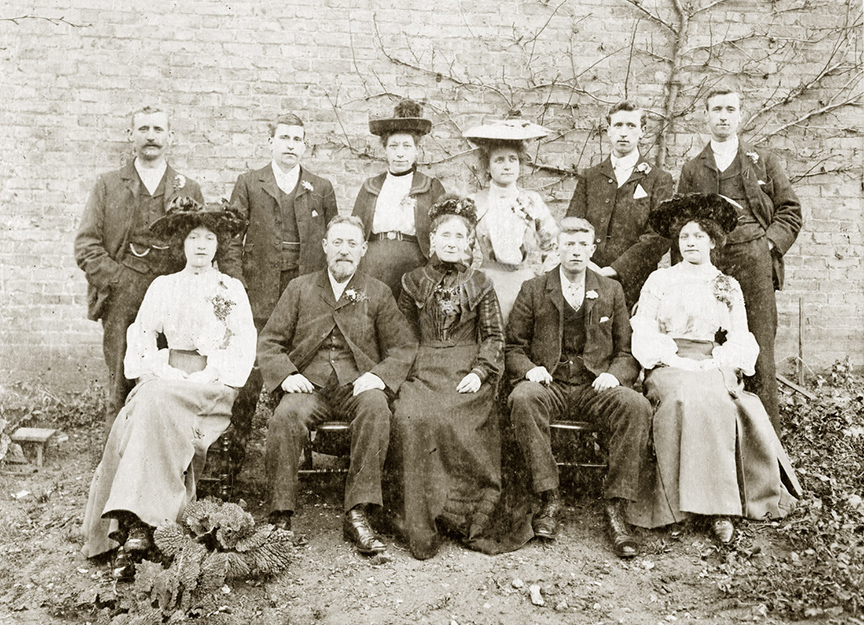 This photograph is believed to have been found when the manse at Wainsgate (Cousinville) was being cleared in 2003.
Who are these people, who presumably were connected with Wainsgate?
When was it taken (1890 – 1900?) Where was it taken – looks like a kitchen garden from the high brick wall and cabbage. What was the occasion – they are all wearing floral buttonholes. One theory is that it is members of the Mitchell family, who built Cousinville, but we can’t be sure.
Any ideas?
Please get in touch: wainsgatechapel@gmail.com 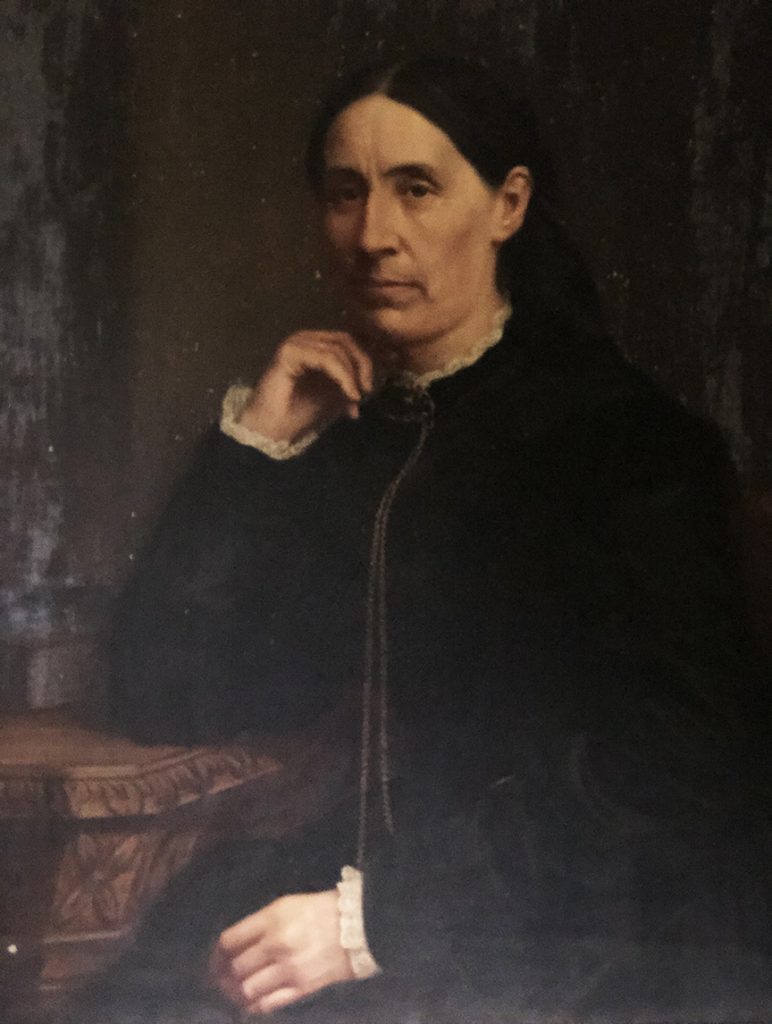 Amongst the documents and artefacts that were brought back to Wainsgate from storage in London in 2018 was an oil painting of an unknown woman – unsigned and undated, but probably late nineteenth century?
Nobody has been able to identify the subject, although presumably it was somebody closely associated with Wainsgate. One possibility is Clara Mitchell (1859 – 1923), sister of the Mitchell brothers who owned the local mill.
And who was the painter?
Please do get in touch if you have know something or have an idea.

For further reading on local history, here are some useful links: