Wainsgate has a long, proud history of music – something which continues to thrive to this day.

An annual series of concerts is hosted by Dave Nelson at Wainsgate, where musicians (sometimes poets) and audiences alike can make the most of the Chapel’s near-perfect acoustic.

Coming up in September/October 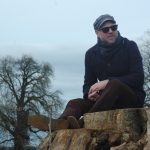 A fantastic double bill!. Dan Sealey started his career with folk rock band Ocean Colour Scene, touring the world and playing headline slots at major festivals for over a decade. He also co-founded Merrymouth with Simon Fowler. His current tour features music from all the bands he’s been involved with, the often hilarious stories he’s amassed along the way and also songs from his upcoming album. 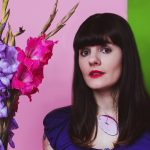 The extraordinary singer, songwriter and 7-fingered pianist Carol Hodge performed at Wainsgate to great acclaim last October. For those who missed her, imagine Regina Spektor meets Billy Bragg, but with fewer digits and a continuous existential crisis sandwiched between bitter irony and relentless optimism. 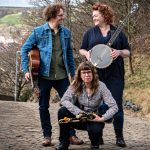 Atlas Bridge came to life in the Sparrow Café in Bradford drawing from their shared love of good tunes, good songs and a willingness to keep the show on the road no matter what. Their name, with its roots from Greek mythology for the Atlantic Ocean or Atlantis Sea, echoes the bridge and deep-rooted musical connections between Irish and other Celtic folk traditions and the Americana/Appalachian music and song that is reflected in their repertoire.

Expect engaging, high energy, lively tune sets interspersed with thought-provoking songs. With a multitude of different instruments between them and a fresh approach to more familiar material as well as vocal variety, there is plenty of interest here! FIND OUT MORE 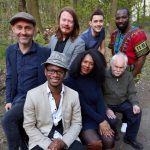 The pounding rhythms of Africa blended with the explosive energy of a 7-piece band. This vibrant group of Zulu performers combined with seasoned musicians from the UK mix ancient tradition with contemporary flare. Ubunye deliver a soulful, goose bump inducing performance of original pieces cleverly fused with South African songs. It is a fantastic multi-cultural experience. FIND OUT MORE

“Ubunye is a joyous celebration and proof, should it be needed, of the creative energy and unity possible when cultures meet through the medium of music. Rejoicing in their wide-ranging backgrounds, ages and styles, they were a surefire hit with the audience, uplifting the soul with their close vocal harmonies, undulating rhythms, and affirmative lyrics, and with a powerful facility to reach and affect listeners far beyond the reaches of jazz.” Steve Mead, Artistic Director, Manchester Jazz Festival

“A combination of Opera, The Divine Comedy and John Shuttleworth” 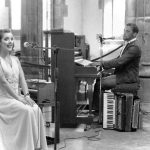 The theatrical parlour pop and classical folk of Beware of Trains is a spirited collaboration between Yorkshire-born singer/songwriter and producer Leighton Jones (former composer and keyboardist with Celtic Fusion group the Peatbog Faeries) and Scottish singer Marie Claire Breen (“A soprano of rare fluency” The Daily Mail). For this performance the Calder Valley-based duo are joined by the Ariana String Quartet.

“chamber pop and music hall for hopeless romantics…shimmering strings, heavenly harmonies and a dollop of Disney on the side.” 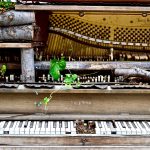 Beauty and the Beast: A juxtaposition of our Industrial Heritage and Nature experienced through ambient jazz piano, electronics and video

A journey through industrial history, a sneaky peek inside obsolete and derelict mills, factories, power and chemical plants, tracing the steps from primitive industry to modern industrial plant and then to its demise. The piece is a kaleidoscopic trippy montage of images, sounds and live and processed piano in eight movements. The last movement gives an example of how repurposing industrial and urban sites can provide hope for the future and demonstrates how beautiful things can grow from the desolation of our industrial heritage. FIND OUT MORE 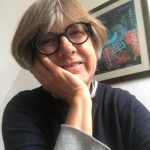 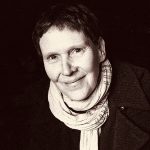 Join these two fabulous poets to celebrate the launch of Amanda Dalton’s Notes on Water (Smith|Doorstop 2022) and to hear Carola Luther read from her recent collection On The Way To Jerusalem Farm (Carcanet 2021). Refreshments include cakes and beer!  FIND OUT MORE 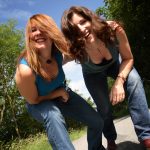 Union Jill are a Yorkshire-based female acoustic duo with over a decade of festival and folk club experience. As singers, instrumentalists and songwriters, they bring a sense of storytelling with their songs, with vocals that produce spellbinding effects with their rich harmonies. FIND OUT MORE 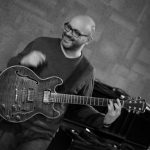 Triple longlisted Grammy nominated entrant, UK-based fusion guitarist Neil C Young has established himself as a composer, arranger and musician on both the UK scene and on the international stage. His Trio was formed in 2005 and has continued to perform at venues up and down the length of the UK. FIND OUT MORE

‘Touches your heart and sets your hair on fire!’ CriticalJazz.com 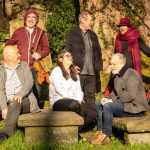 Debut gig for this new acoustic sextet based in Hebden Bridge. Les Gillon is a singer, songwriter and guitarist who is best known as frontman of the alt-rock band Fez, as well as featuring in a number of well-loved Calder Valley acts, including Ghost School and Fire Tower 4.  This new venture takes his music into a whole new context, by bringing together a group of great musicians from the worlds of jazz, classical and folk music.  The result is a unique sound, sometimes intimate, sometimes cinematic, that defies categorisation and underpins the lyrical intensity of the songs. FIND OUT MORE 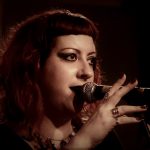 Jenny Bromley is breathing fresh nuance into songs self-penned many moons ago. Expect themes of darkness, deceit and despair, intertwined with dreams, destiny and desire.

Experience her raw splendour and intense performance of lusty vocals, with a delivery that can hush and bewitch a throng. 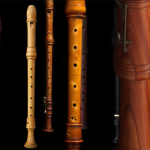 Spirited Flutes invites you to immerse in an evocative and intriguing tour portraying historical periods, cultures and musical styles. The concert presents a variety of flutes made of wood, metal and clay playing solo works, duos and a seven-movement piece for different flutes and electronics. FIND OUT MORE 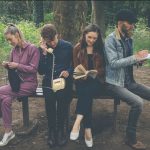 The Horse Puppets are an indie/folk quartet from Manchester fronted by Paul and Helen Bytheway formerly of the Retrosettes who performed at Wainsgate in 2018. Bringing together steel guitar, violin, piano, double bass, and goosebump-inducing vocal harmonies. FIND OUT MORE

“you hear a resemblance in sound to The Lumineers and Fleetwood Mac. But, honestly, you can’t really compare this band to any other” Matt and Freds

IMAGES FROM PAST CONCERTS