Dave Nelson hosts a series of concerts every year at Wainsgate where musicians and audiences alike get to make the most of Wainsgate Chapel’s near perfect acoustic. 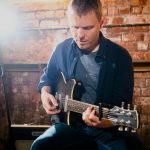 From jazz beginnings to alt-folk and electronica, Stuart McCallum is one of the most vital and creative musicians of his generation. An in-demand guitarist, composer, producer and educator. Stuart rose to prominence writing for and playing with the Cinematic Orchestra, on their Ma Fleur and Live at the Albert Hall albums, as well as on their award winning Disney soundtrack, The Crimson Wing.

“The music suggests the feel of the Cinematic Orchestra, Brian Eno and In a Silent Way-era Miles Davis” The Guardian

“Guitarist Stuart McCallum’s compositions are exemplary of everything that is exciting about new British jazz.” Jazzwise Magazine 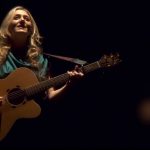 As captivating to watch as she is to listen to, Manchester singer-songwriter, Katie Ware (aka Little Sparrow)’s beautifully emotive use of expression mirrors the sincerity of her delivery. Her delicately crafted songs draw on influences as diverse as Kate Bush, All About Eve and PJ Harvey, woven into the colourful tapestry of her music, often with a mysterious fairytale-like quality. 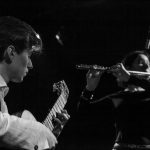 Formed in 2013, Meraki enjoys exploring the diversity of repertoire available to the flute-guitar pairing, while contributing new arrangements of their own. Meera Maharaj and James Girling (Meraki Duo) both studied at the Royal Northern College of Music, sharing a passion for chamber music that extends to jazz, works by contemporary composers, and Brazilian folk music. Recent performances include Swaledale Festival, St James’s Piccadilly, Manchester Cathedral, and the Bridgewater Hall.

On this occasion Meera and James will be joined by double bass player Ben du Toit.

The mastery of their instruments is a given, their musicianship is exceptional. Bryan Fox

GUITARRA FLAMENCA: AN INTRODUCTION TO THE RICH FLAMENCO TRADITION

The flamenco tradition was born in Andalucía and is a unique and highly compelling artistic phenomenon. Most commonly, baile (dance), cante (singing) and toque (guitar playing) are brought together to create a flamenco performance. However, due to exciting innovations in the 20th century, solo guitar concerts have evolved to become an equally dramatic artistic showcase.

In this solo recital the distinguished guitarist, Samuel Moore, presents a diverse programme drawing on the many palos (musical forms) that shape the flamenco tradition. From the plaintive cry of laments such as soleá, to the powerful attack of dance forms such as bulerías, this is a concert experience not to be missed. 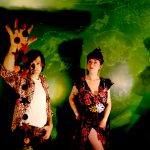 Birds and Beasts write melodic and memorable songs inspired by animals and the natural world. Anna and Leo Brazil originally came up with the idea whilst snowbound in a log cabin, deep in the forest of Anna’s native Germany. Over lockdown at their home in Huddersfield, they released their second Album, Kozmik Disko which the band had lots of fun creating. Website here.

“The songs make you listen intently to the words and you become entwined in the rhythm and quality of the musicianship. Psychedelic folk infused with cosmic and disco pop” Loafers 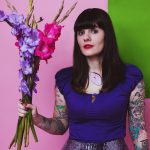 Carol Hodge is a seven-fingered, piano-pounding, Yorkshire-dwelling Singer-Songwriter. Think Regina Spektor meets Billy Bragg, but with fewer digits and a continuous existential crisis, sandwiched between bitter irony and relentless optimism. You won’t know whether to laugh or cry, but will definitely feel something. In case she looks familiar, Carol is a long-term collaborator with Crass founder Steve Ignorant, plays keys for Texan country rock star Ryan Hamilton and has guested with Ginger Wildheart, Headsticks and The Membranes. Website here

“The Adele for people into radical politics… a UK 2018 equivalent to the Tapestry-era Carole King,” Ged Babey, Louder than War

IMAGES FROM PAST CONCERTS